Here you can check out neat stuff about weird things from around the world!

Meet Hannibal the demon faced fish.
There's a cool little scaly bastard that's swimming around scaring the "Carp" out of Chinese residents as he appears to have a humanoid face. The extremely interesting looking fish was spotted in a lake at a village just outside the city of Kunming, he's been compared to Harry Potter villain Voldemort and an alien but I think he resembles the butterfly from the 1951 photograph thought up by Salvador Dalí and photographed by Philippe Harlman, which became infamous to Horror fans after being featured on the "Silence of the lambs" poster, so I've taken the liberty of naming him "Hannibal". 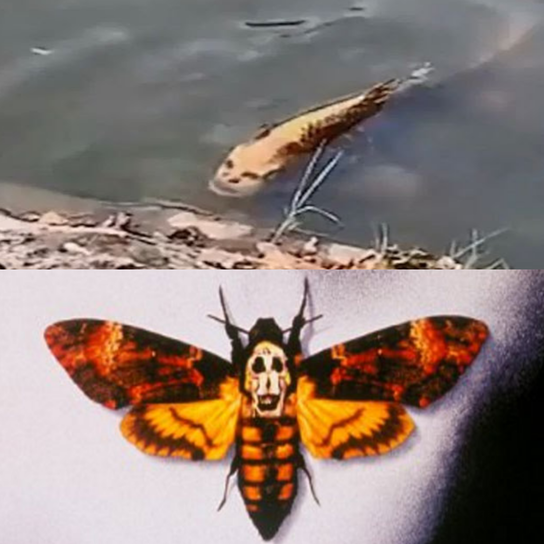 Rather than sporting an unusually shaped face, it is actually Hannibal's markings that give him his unique look. On his head are dark dots which look like two eyes, two vertical lines which resemble the sides of a nose and a horizontal one underneath where a mouth would be. Hannibal has shaken up many locals "it's so scary" exclaimed one person "he's so fucking cool!!" is my opinion! Another asked "Who dares to eat it?" well if he's like his namesake, he'll probably be eating you mate! 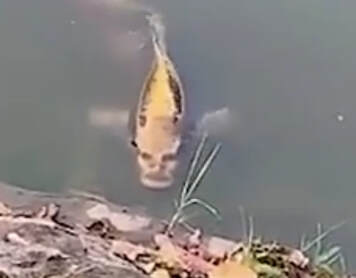 Once a video of Hannibal was shared online, social media pussies started wigging out, with one stating "I am so freaked out right now." Relax love, he's not going to swim out of your device and get you! However an underwater version of "The Ring" might be a novel idea! “The Fishing Ring“ - swimming to/through a screen near you! I'm hoping lil Hannibal has a very long life of freedom but knowing humanity, the Internet may not be the only net he ends up in! To quote Dory just keep swimming, Brother! 👊🏿💀 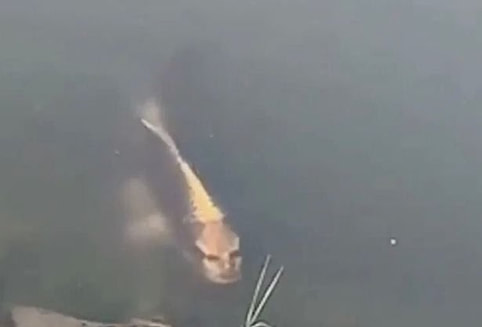 Two Headed Snake Found in New Jersey
Here at Fly in Your Eye we live for the unusual and every now and then Mother Nature shows us that life can be a strange unpredictable thing. Snakes have just one head right? Well yes we thought so  to until we scoped the little Ninja now known to the world as 'Double Dave'! Dave the Timber Rattlesnake is a venomous pit viper and is rather unusual because.. Yes you got it he has two functional heads, meaning he has four working eyes and two flickering tongues. I personally would have named him 'Abobo' after the character from 80's video game smash 'Double Dragon', however realising this Critter was discovered by two blokes name Dave then I guess that name works. The twin headed serpent is approximately 8-10 inches long and was discovered last month in New Jersey by the two human Daves who are environmentalists that study reptiles as part of 'the Herpetological Associates group'. This amazing two-headed condition is known as polycephaly and isn't a world away from how conjoined twins are formed: an embryo that has begun to split into identical twins stops before fully dividing. Two headed animals stand less chance of survival in the wild due to at least one head usually being underdeveloped which can slow them right down, causing them to become targets for Predators, some duo skulled animals even try to eat each other - "Hiya Dave, what are you having for lunch Bruv?" = "Oh not much, I'm just snacking on my twin brothers head, you?“. So Dave won't be venturing back into the wild, one of the discovery Daves Mr Dave Schneider stated “We’ll take care of it", sound ominous doesn't it folks, let's hope he isn't a pervert! It's estimated that one in 100,000 snakes are born with a double nugget so Dave's rather rare, let's hope he/they live a long happy life and doesn't get buggered by either of the human Daves! 🐍