Looking for neat movie trivia and other fun movie related stuff? Find it all here!

Index
"Spanish Chainsaw Massacre" aka "Carnívoros" drinking game. 👻
As if Troma joined ranks with John Walters & the Farrelly brothers moved to Spain and decided to remake Herschell Gordon Lewis' splatter classic "2000 Maniacs". This film relentlessly tries to push the boundaries of good taste with varying results, its completely puerile, immature and disgusting but with no real merits! Here at Flyinyoureye we've discovered the best way to "enjoy" this film is to employ a drinking game! While we certainly don't condone excessive alcohol consumption it might be the best way to tackle a film about a fat sweaty metal band named "The Metal Cocks" fronted by a heavily pregnant lead singer who constantly farts and smokes her excessive pubic hair, the touring band end up stranded in a small outback town celebrating their patron Saint. Celebrations include a young child violently punching a pregnant lady's stomach then tearing her unborn baby from the womb, penis castration with teeth followed by the insertion of a electric guitar neck into resulting hole, a chef shitting in cup "Chef Chocolate!", a retarded fellow in a cheap Spider-man outfit Smashing a guys head to a pulp as local kids cheer and a competition to see which adult can eat a child's entrails the quickest! This film has extremely repetitive themes and laughable dialogue which when it comes to film quality can be very annoying but in the context of a drinking game its perfect, here are the rules -
- Take a shot every time balls/bollocks are mentioned
- Take a shot every time a character threatens to "bash" "smash" or "bust" someone's face in.
- Take a shot every time a pair of bare buttocks are shown on screen.
- Take a shot every time a character farts.
- Take a shot every time Anal sex is mentioned.
- Take two shots whenever bodily fluids are shown (eg diarrhea, sperm etc).
- Take Two shots when you finally see a Chainsaw.
Luckily the screen time only adds up to 51 mins duration as this game could easily cause major Alcohol poisoning, give it a go and you'll see exactly what we mean!
Flyinyoureye holds no responsibility when it comes to illness due to booze consumption and self Loathing after viewing this film however you may well thank us! 👊🏿💀 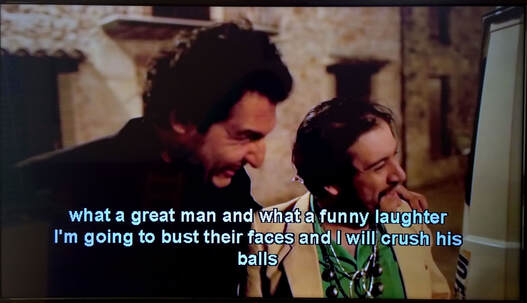 Texas Chainsaw Massacre - A franchise overlook.
​Let's take a brief look at probably the most mixed up horror franchise ever! In 1974 the original movie was released. It was realistic, gritty and it changed the face of horror forever, introducing us to horror icon the chainsaw wielding, human flesh wearing psychopath with cross dressing tendencies; Leatherface and his misfit family. 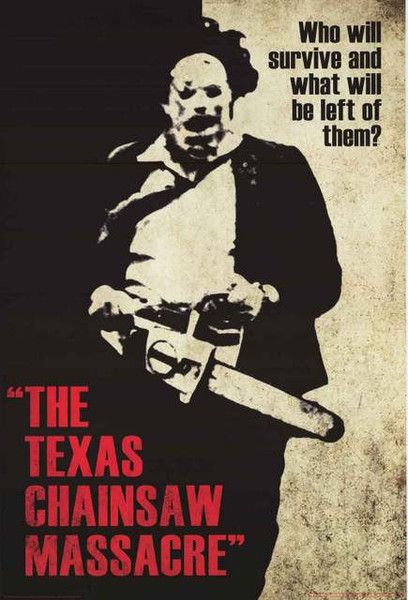 The world did not see a sequel until 1986 with the release of 'Texas Chainsaw Massacre 2' which dealt with the same characters and tied into the first one, but was delivered more as an OTT spoof, oddly the subplot was Leatherface develops sexual feelings. 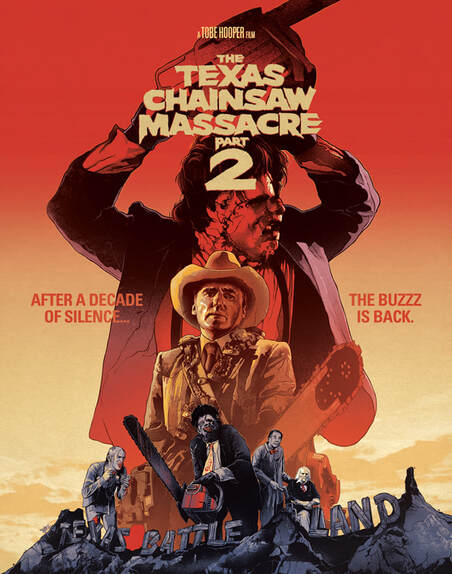 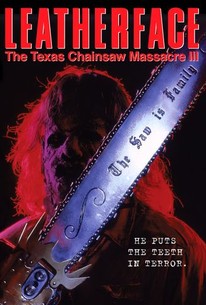 1994 saw the release of the bat-shit crazy 'Texas Chainsaw Massacre -The Next Generation' which had Leatherface in full on transvestite mode, sporting an Elvira style dress and the worse make up job since Divine. It also seems this family work for the Illumianti!!! 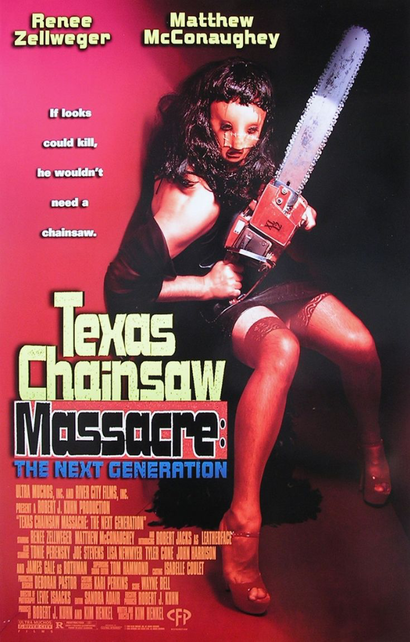 In 2003 things got cool again with the re-imaging of the original, this was set back in 1973 and really sets the scene, bringing the terror of the first to a brand new audience! He has a skin defect rather than just dressing as a lady and his name becoming Thomas Hewitt, as opposed to his presumed name of Bubba Sawyer (Saw-ya get it!!) 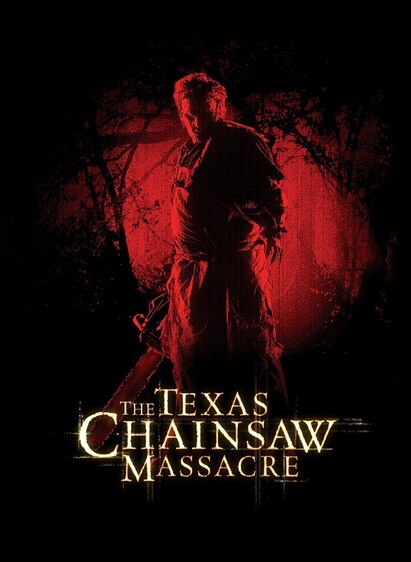 Well folks you'd think the guys at New Line had set up a new franchise except cutting a guy's arm off who frequently uses a power tool didn't exactly make sequels possible, in fact you could say New Line practical chopped their own limbs off with that plot device! Tom was given a robotic arm for the comic book follow up 😢 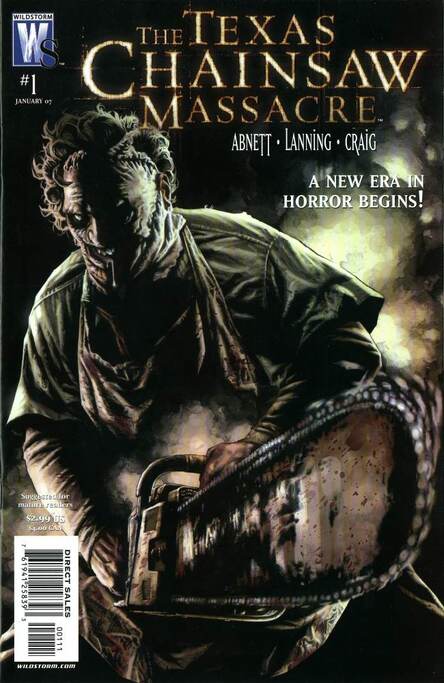 The only real option for a film follow up was to pull the prequel card, this came in the form of 2006's 'Texas Chainsaw Massacre: The Beginning' which was pretty good in my eyes - telling the story of "Tommy" from birth into his teens however the stinker of an ending just pissed me off! 😠 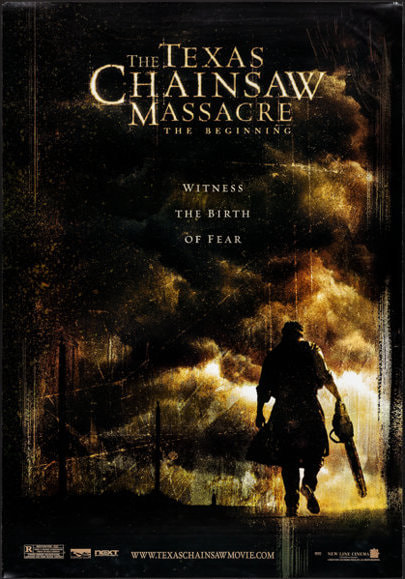 It seemed the nail had well and truly been put in the flesh wearing farmboy's coffin until news came of a direct sequel to the '74 original which was made in 2013 -' Texas Chainsaw 3D' saw actor Dan Yeager stepping into legend Gunnar Hansen's large boots, after the 70's section of the flick we are taken to present day where we meet 'Jed' Sawyer, nearly four decades on his only remaining family is his niece Heather who after a shaky start (he slaughtered her boyfriend & all her pals) strangely seemed to warm to the big lug! 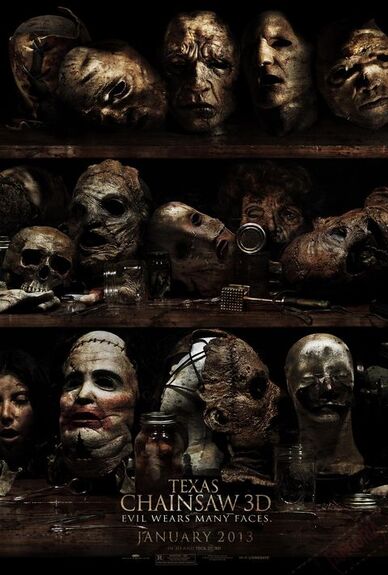 2017 movie 'Leatherface' stepped back years before the events of the original to see how Jed became the monster we know and love, turns out he was actually quite a nice lad but due to conditioning by his family and unfair tactics by local law enforcement he was shaped into a savage beast. 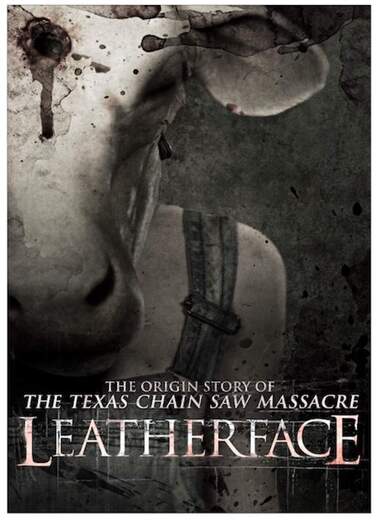 So where can this "series" go now? The most likely options seem to be either a direct follow-up to 'Texas Chainsaw 3D' with murderer and niece teaming up, another prequel to fill the gaps between 'Leatherface' and 'The Texas Chainsaw Massacre' or even, knowing Hollywood - Another reboot! 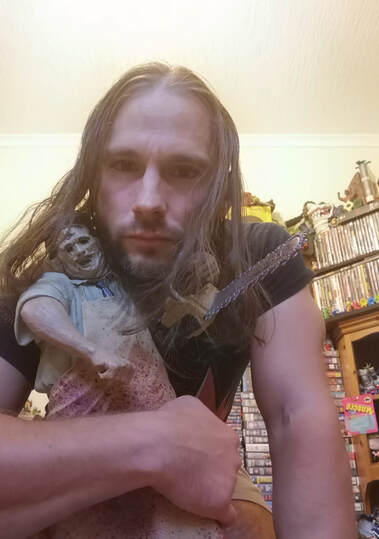